I suppose the ‘save draft’ button at the bottom of this text box is there for good reason. As usual, I was struggling with writing a post on a pair of films I had watched recently and abandoned my efforts without saving. I have a possibly misplaced trust in things staying where they were put. Windows are supposed to remain open, text is supposed to remain safely ensconced in these little boxes.

Needless to say: something happened. My macbook air is like a COPD patient. It tries to keep programs open and remain working, but there is so little room left in storage that it coughs and sputters as it struggles to do the simplest tasks.  Luckily, despite losing everything, nothing was lost. I was trying to write about the two films, The Grudge and The Grudge 2, but all that would come out was words wordswords.

The Grudge is based on a Japanese film – and presumably a Japanese idea – that a place may be haunted in a way that it creates a stain that sullies any who come in contact with it and sticks to them until they are consumed. This is different from the American notion of a haunted house because the spirit isn’t confined to the space, but can follow it’s marks wherever they go.

In this way, The Grudge brings something new to the horror genre. Setting both films in Japan, but afflicting mostly American ex-pats allows us to soak in the ambiance of Tokyo, without having to do anything so taxing as reading subtitles – presumably, if we wanted to do that, we could just watch the original film. Painfully, most of the novelty stops there. The majority of the film is drowning in repetition of one scenes involving a young boy mewing like a cat (we later learn that since the whole family died in the house, including the family cat, the spirits of boy and cat fused into one. It would have worked well once, but since ‘meow’ was the only word in the poor kid’s script, he reveled in repeating it whenever the camera was looking anywhere near him. 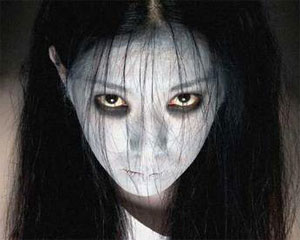 At least he had some dialog. The ghostly star of the film is Takako Fuji, who was hired based entirely on being somehow attractive and scary looking at the same time. She doesn’t bring much else to this role. It’s entirely possible that a cardboard cutout of her face was just shuffled around from scene to scene to save on makeup and catering costs.

Other special effects include flipping the light switch up and down really fast and darkening some areas of the screen. 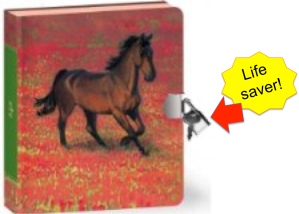 Nevertheless, the film achieves a suitably eerie atmosphere throughout and the story is not terrible. It’s a bit light, but does something interesting when it allows Sarah Michelle Gellar to go into a dream of the past so we can see exactly what created the mess we’re in – basically, Takako’s character has an age-inappropriate crush on a professor at her college, which she writes about extensively in her journal. Unfortunately for her, she didn’t spring for one with a little lock on it and left it out where her husband could find it. Needless to say, the husband wasn’t happy and went into a homicidal rage killing the woman, their son, and – inexplicably – the cat. To make matters worse, the professor learns about the crush and throws himself over the porch railing to fall to his death. Sadly, he landed too far from the house to participate in the haunting.

Why to watch: Extreme boredom

Why to watch the Sequel: Boredom + Alcohol