There’s no doubt. Nearly everything in this film leaps off the screen in dazzling 3D. Starting with the credits. Another update is a totally Gold! disco soundtrack to fit those boogie times.

God knows why, but I watched 2 and 3 back to back on a Wednesday night, so forgive me if this review is less than my regular sub-par efforts. 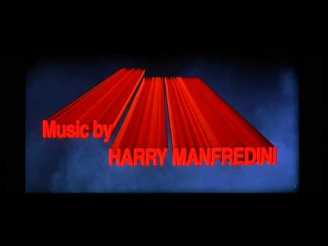 Like Part 2, Part 3 starts at the end of Part 2 and gives us a quick refresher and picks up later the same day when Jason has fully recovered and is off killing people for being foolish enough to live near his camp. These killings don’t appear to relate to anything at all except for the fact that we’re aware that there’s a killer on the loose again.

“Look upon this omen! And go back from whence ye came!” a new set of kids are warned by a replacement old coot armed they come across sleeping in the road.

This time is the kids aren’t camp counselors and by 35 minutes into the film the kids have already made enemies of a biker ‘gang’ of three who provide early pitchfork fodder for Jason. We’re also given a comic fool in Shelley, a prankster who is the first one to come up with the idea of a killer in a hockey mask.

One thing I wonder about is Jason’s clothes changes. In Part 2, Jason is wearing blackened overalls and a blue flannel shirt. This time he’s got nicely pressed khakis and a plain navy Dickies button-down work shirt. The notion of Jason changing clothes – ever- is astonishing. The fact that he must also wash and iron them is beyond belief.

It’s only been one day since the last film, but Jason must have spent most of that day in the gym working on that powerful neck. And even though he takes some knocks, he’s much more resilient now – that, or maybe in the order they filmed things they didn’t realize he just got stabbed deeply in the thigh when he’s bounding over uneven terrain by the lake shore. 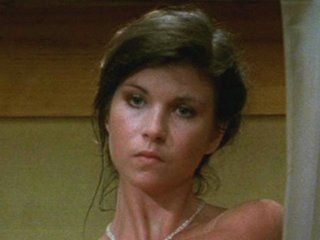 The women of Part 3 are a little older and not so unsettling to have as the ‘hot girl’ in the film, which is to say that they are actually young adults instead of old kids. That, and 1983 fashion left a little more to the imagination than that of the earlier films.

True to form though, we have another Final Girl who puts up the last, heroic fight against Jason, theoretically killing him in the end only to descend mentally into a state of hysteria by the time the cops roll in to count the bodies.

Anything novel in this film? No. Although, we do pick up a new piece of the Friday the 13th canon and have Jason in the hockey mask by the end of this film. And I hate to say it, but for a gory slasher film, Part 3 lacks some of the overt, prurient sexiness that we see in the other films. It actually feels like it’s missing something because of that.